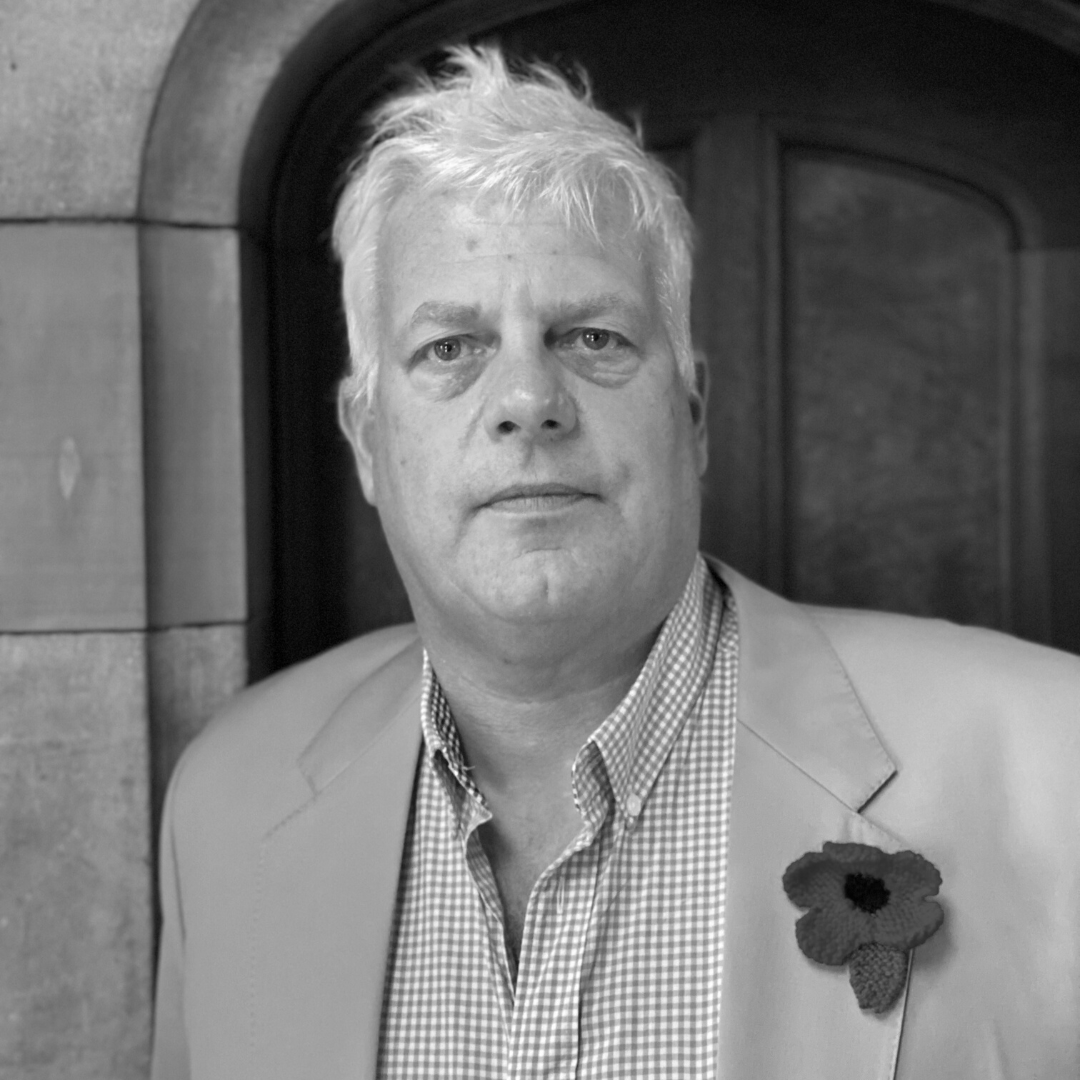 Meet some real-life heroes in my series of special interviews with people who represent the spirit and heart of the North East.

Francis Watson-Armstrong is the owner of Bamburgh Castle. Francis is the fifth generation of Armstrongs to be custodian of what is one of Britain’s finest coastal castles. Bamburgh Castle is open all year round to visit and is also a popular wedding and events venue. Francis lives in Northumberland with his wife, Claire, and an assorted menagerie, including the couple’s rescue dogs.

In this interview, Francis tells us about his childhood at Bamburgh Castle, his North East heroes, and more…

Francis, please can you tell us a bit about you and your connection with the North East?

I’m Francis Watson-Armstrong. My ancestor is Sir William George Watson Armstrong, a visionary inventor, engineer and scientist who was known as the ‘Magician of the North’. He bought Bamburgh Castle in 1894 aged 84 and spent the remaining years of his live restoring the Castle into one of Britain’s finest coastal fortresses. Now it’s my job to look after his legacy and keep it in safe hands so it can be passed on to future generations and enjoyed by people the world over.

Please tell us all about Bamburgh Castle! What do you love most about the Castle?

I knew my childhood was very different to what other friends were doing. They went to exotic locations and I was going to a windswept Northumbrian Castle for school holidays. But I loved it and knew I was very lucky to be there. My childhood at Bamburgh was full of adventure. Driving up to Northumberland with my sister, Isabella, and our parents from our home in London, I used to get excited every time we crossed the River Tyne knowing we were nearly home. I felt more of a connection with Bamburgh than London. It was our true family home.   I had some great friends who lived in apartments at the Castle. We used to spend our day playing on the beach, the dunes, in the fields and, of course, the castle and grounds. Everywhere was special and exciting. No two days were ever the same. We didn’t see our parents from 7am until 8pm. We would take away provisions and spend our time adventuring.   I loved the sea and we’d go out fishing with Billy Shiel (a local boat operator) – my fascination of the sea has stayed with me all my life. I’m sure I’ve salt water in my veins.   I love the sheer beauty of Bamburgh and its history. It has an energy about it and a draw that’s magnetic. Standing on the battlements looking out to sea really connects you with the history of the place.  For thousands of years Bamburgh has resonated with people, drawing them from across the world.    Sharing Bamburgh with our visitors and looking at new ways to develop what we offer drives me. It’s always about looking forward and thinking what can we do better, what do people want to see and do here and how can we be different as a visitor attraction. We have a great team and together we try to do that. The Castle is absolutely reliant on visitors so we need to make sure we are giving them a reason to buy tickets to come inside – as well as admiring the castle from the outside too.

Thank you for sharing that with us! Your childhood there sounds incredible! The castle is one of my favourite places to visit – there’s absolutely nothing like it.

Which three words spring to mind when you think of the North East?

It’s often said that the people and landscapes of the North East are full of ‘spirit’ and ‘heart’. Tell us, what do you love most about the region?

Northumberland has it all. I love the mountains, the sea, the rawness and the diversity of it all. It’s like nothing else. The people are like the landscape – they’re resilient but there’s an openness and friendliness about them.

Is there one place you always like to visit that you would recommend to others?

I love motorcycling. One of my favourite routes takes me along the Wooler to Chatton Road. I always stop and pull over above the hill from Weetwood Bridge to take in the views across the River Till, a tributary of the River Tweed, and the Hortons. I like the view and the tranquility just listening to the birdsong as you look across to Cheviot.

Sounds like a great route! Do you have one favourite shop or business you think everyone should know about?

Cubby’s the newsagents in Seahouses. I go there every morning to collect the papers. Come rain or shine the people there are always happy to chat and smiley. My wife Claire and I like to eat at The White Swan at Warenford. It is very down to earth with good food and friendly people. The bar is always full of locals and visitors rubbing shoulders.

Bamburgh Castle is steeped in history, myths, and legends. Do you have a favourite tale associated with the castle?

As someone who loves the sea and used to be a volunteer RNLI crew member with Seahouses Lifeboat, I’m very proud that the first ever lifeboat was commissioned and launched at Bamburgh by Dr John Sharp, a trustee at the Castle in 1786. Additionally, I’m also fascinated by Bamburgh Castle’s past as a royal citadel and home to the Anglo Saxon kings of Northumbria, which was the inspiration for Bernard Cornwell’s Last Kingdom books and the TV series. They tell the saga of Uhtred, the English heir to Bebbanburg who was captured and raised by Danes and who  is driven to regain Bebbanburg. While Cornwell’s Uhtred is fictional, there are parallels to a real life Uhtred in history who fought the Vikings. Every year a team of archaeologists from Bamburgh Research Project come to the castle to hunt for new evidence and finds to shed light on Bamburgh’s 3000 year old past. I had the pleasure of meeting Bernard Cornwell and his charming wife Judy several years ago. Bernard and I are both adopted. Bernard had found his blood father whose surname was Oughtred. Tracing his family tree, he discovered his descendent had been a Lord of Bamburgh Castle. As he had owned the castle through his bloodline, he joked that it should, by rights, belong to him. I told him he could have it – as long as he paid the heating and electric bills! The castle stayed in Armstrong hands!

Bamburgh’s history has inspired me many times, too!

Brian Johnson, lead singer of ACDC – he is just a legend.   And, of course, the First Lord Armstrong. He is one of Britain’s forgotten geniuses. He was one of the most successful and enlightened nineteenth century innovators and is credited with being the ‘inventor of modern living’.  I am incredibly proud and humble to continue to tend Bamburgh Castle as an Armstrong. Buying Bamburgh Castle felt like coming home for the First Lord Armstrong who had family connections with Bamburgh. It’s how I feel wherever I am in the world when I return home.

I couldn’t agree with you more, Lord Armstrong is a true North East hero.

Finally, Francis, what makes you smile?

Every day when I wake up and being with my family – canine and human.   Walking the dogs along the beach in foul weather with a driving wind in my face and tasting the salt in the air and the dogs leaping through skuds of sea foam. Life is good.

Life is indeed good! Thank you so much for joining me Francis, it’s been fantastic to talk to you.

Special thanks to Kate Baguley, who helped co-ordinate this interview.