Hello and welcome to the LJ Ross Book Club! 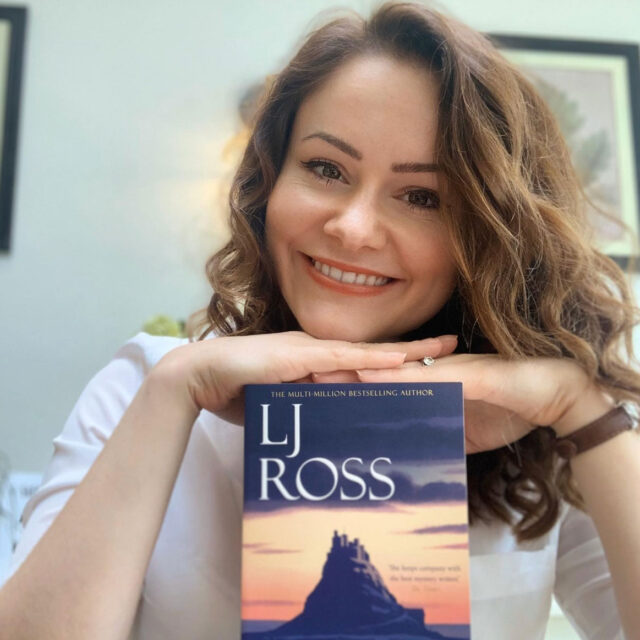 I created this space for book lovers, to spark positive conversations about our shared love of reading! Here, you can discover my monthly picks of the best classic and new titles (when you’re not reading the latest DCI Ryan, of course!) and look out for monthly competitions, giveaways and live Q & A’s with guest authors. Join in the conversation online, or sign up to the newsletter to find out more. #LJBookClub

In a slight departure from the norm, this month’s recommended reading comes in the form of Truman Capote’s non-fictional classic, In Cold Blood. First published in 1966, it recounts the 1959 murders of four members of the Clutter family, in a small farming community in Kansas. Capote began writing about the murders soon after they were reported, travelling to Kansas with his friend and fellow author, Harper Lee, eventually taking six years to complete his novel—although the killers, Richard Hickock and Perry Smith, were caught six weeks after the crime was perpetrated.

Generally considered to be one of the finest true crime novels ever published, In Cold Blood is a chilling tale and good example of ‘New Journalism’—a style of writing whereby the author writes the story while it is still developing in real life. Capote conducted thorough research, including interviewing both killers prior to their eventual execution, and the level of detail really shines through as he recounts the tale of Hickock and Wells who, having recently been paroled from the Kansas State Penitentiary, drove four hundred miles to the Clutter farm on the strength of—as it turned out—inaccurate intel from Hickock’s former cell-mate, who had worked for the Clutter family and had told him they kept a safe stuffed full of cash, ripe for the picking. In the end, the two left the scene with only a portable radio, a pair of binoculars and less than fifty dollars in cash. Capote’s style is eminently readable and draws the reader in, such that we become as eager to understand the kind of dastardly minds capable of committing such a raw, premediated crime. For fans of crime fiction, this is a must read!

The Face on the Cutting Room Floor

This month’s dose of Golden Age detective fiction comes to you from Cameron McCabe, whose novel, ‘The Face on the Cutting Room Floor’ tells a tale of murder at a London film studio, where actor Estella Lamare, whose role had already been cut from a producer’s upcoming movie, is found dead in the cutting room, her death having been captured on film by an automatic camera—though, the reel has inevitably gone missing. The investigation takes the reader from Bloomsbury to Soho, from King’s Cross to the docks in the East End and back again.

This is one of those novels that is so very hard to talk about, save to praise its strong sense of place and originality, without giving the game away. It’s a work of crime fiction, but it seems more than that—perhaps, because the book’s author was himself imbued with mystery. ‘Cameron McCabe’ was only twenty-two when his novel was published, and had only been able to speak English fluently for around four years. McCabe was the pen name of Ernst Wilhelm Julius Borneman, who had arrived in England as a Communist refugee from Nazi Germany in 1933. Already well regarded in European literature, he quickly brought himself up to speed with the English equivalent—developing a fondness for Dashiell Hammett, amongst others, which might explain the Noir overtones in Cutting Room, with its hard-boiled dialogue and brisk style It’s an intelligent read, which steeps the reader in 1930s London and offers a different experience to the usual crime fiction formula. Well worth a read!

Behind the tourist façade and bright lights of 1930s Brighton, a gang war is raging. The book’s antihero, ‘Pinkie’, is a seventeen-year-old psychopath and up-and-coming leader of the ‘mob’ who has killed a man with merciless relish. He believes he can escape retribution by silencing the witness to his crime—but he doesn’t account for Ida Arnold, a decent woman with a relentless thirst for justice…

This is an unforgettable read, from start to finish. Gritty and clever, even the title of the novel is imbued with meaning—it refers to the confectionary sold at seaside resorts, with the name of the resort traditionally embedded through the centre, only revealed when the stick of rock is broken in half. Greene used this as a metaphor for Pinkie’s character in the novel, which is to say that his black character was the same all the way through to his core. This story has gravitas from the very first page, forcing the reader to consider ‘big’ questions of good versus evil; of the tenacity of the human spirit; of faith and other moral questions—without detracting from the main thrust of the storyline, which remains thrilling throughout. If you’ve never read any of Greene’s work before, you can’t beat this for an introduction!

‘At 8 o’clock in the evening on the 8th November, there was a terrific explosion in Green Lane, Evingden.’ The offices of the Excelsior Joinery Company have been blown to smithereens and three of the company directors lie dead amongst the rubble. Littlejohn’s investigation is soon confounded by an impressive cast of suspicious persons, each concealing their own axe to grind, in this classic thriller described by some as a 'gripping masterpiece of misdirection'.

I love these British Crime Classics! Surfeit of Suspects has enough to keep your brain teased, whilst being accessible enough to read comfortably in the bath or at the end of a hard week. Perfect escapism!

Join in the conversation on social media, or sign up for my newsletter here: